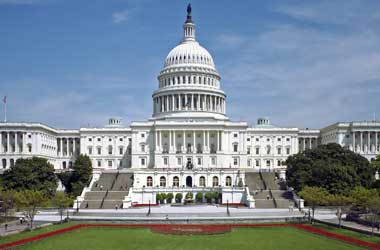 The Coalition To Stop Internet Gambling backed and financed by Las Vegas Chairman and billionaire Sheldon Adelson had one key objective and that was to get Congress to review the RAWA act and to get it restored at the earliest.

Adelson who has gone on record to state that he would personally finance the coalition must be happy with the success of his campaign as Congress held a meeting this week to discuss RAWA.

The meeting took place at the House Oversight & Government Reform Committee and the objective of the meeting was to discuss the possibility of overruling the changes made by the Obama Department of Justice in December 2011 which permitted state governments to make the decision as to whether they could allow online gambling in their states. Chairman of the committee Rep. John Chaffetz (R-Utah) put forth a proposal to restore the 1961 Wire Act that would make it illegal for any state to permit online gambling.

Chaffetz received support from a number of his colleagues who believe that federal legislation needs to restore the bill due to the number of concerns posed by the online gambling industry.

The Attorney General of South Carolina, Alan Wilson also voiced his disapproval of allowing intra state gambling as he believed that industry isn’t very well regulated and could also be accessed by gamblers from within states that prohibit online gambling. Wilson stated that South Carolina has now been turned into a virtual casino and said he wasn’t very sure of the geo-location procedures that look to keep online gambling restricted to a specific state. However Wilson was unable to mention any specific failures of geo-location related to the three states that have legalized online gambling in Nevada, New Jersey and Delaware.

There was a lot of opposition in the house as many disagreed with statements and conclusions made on online gambling industry and Rep. Bonnie Watson Coleman (D-NJ) was one of the individuals who stood up for the online gambling industry stating that New Jersey had set an example of how an online gambling regulated industry should function and that there was no increase in criminal activity when compared to live casinos in Atlantic City. The debate on RAWA is expected to continue in 2016.