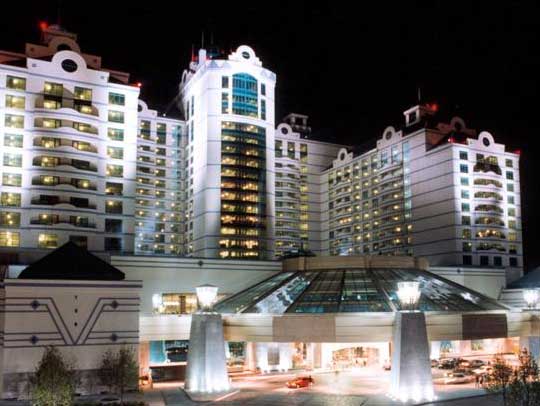 Foxwoods Resort Casino in Mashantucket will be celebrating its 24th anniversary in February 2016 by launching a special “24- Karat Gold Anniversary” series of promotions to share its celebrations with its customers.

The Foxwoods Resort casino is the largest resort casino in North America. Opened in 1992, it is the first casino to be built on an Indian reservation, laying the foundation for the Indian tribal gaming industry which is now estimated to be around $28.5 billion. The resort is owned and operated by the Mashantucket Pequot Tribal Nation, one of the 486 federally recognized tribes in the U.S.

In a statement, Rodney Butler, Chairman of the Mashantucket Pequot Tribal Nation said,

Just prior to Foxwoods opening in 1992, no one could have predicted it would be such an overwhelming, overnight success. We are humbled as we reflect on the past 24 years, because not only have we contributed billions of dollars to Connecticut in gaming revenue and charitable outreach, we’ve grown stronger and wiser from many unique, once-in-a-lifetime experiences.

Felix Rappaport, President and CEO of the resort said that they have enjoyed many successes in these 24 years and hope to continue offering guests awesome experiences that the Foxwoods Resort brand is known for creating.

An official cake cutting ceremony is planned on February 15, featuring a special cake designed for the occasion. The Tribal Council, Tribal Elders Council and Chairman Butler will participate in this event and proceedings will start with a Tribal blessing and dance. On February 27, the Mashantucket Pequot Tribal Council is holding an anniversary gala which will be attended by a number of dignitaries and local officials in Connecticut.

Customers can avail of various special offers and bonuses in just about every service the casino offers. When it comes to the casino floor, there are daily slot and blackjack tournaments scheduled in Feb which gives customers a chance to win a share of $60,000 in daily cash prizes. Tournament tickets are also being given complimentary with other purchases like show tickets, retail and restaurant purchases or overnight stays. The 24-Karat Gold Cash bonus giveaway allows slot players a chance to win up to $240,000 in cash.

The resort has attractive hotel packages for the occasion with special discounts and vouchers, available from Monday to Thursday which is valid for the entire month. Additionally, there are dining offers that include special buffets and menus, promotional offers in the spa and much more. To find out more information, please visit the Foxwoods Casino resort website.