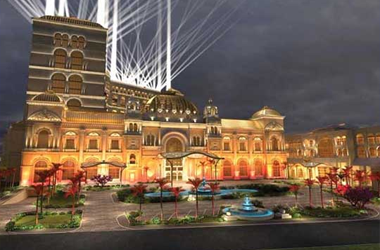 Saipan’s gaming regulator has agreed to allow Imperial Pacific International to open its new permanent Saipan casino on the island provided the operator fulfils a list of specified conditions.

The opening date for the property will most likely be announced once the company agrees to comply with all of the conditions.

Saipan is one of the U.S-administered Pacific Islands which comprise the Commonwealth of the Northern Mariana Islands (CNMI).

Hong Kong-listed Imperial Pacific currently operates a temporary casino in the island and has been doing so for a number of months. Edward Deleon Guerrero, executive director of Commonwealth Casino Commission announced that in a recent meeting the regulatory body had approved the opening of Imperial Pacific’s newly-constructed facility but it was subject to satisfactory fulfilment of a list of prerequisites. The list addresses a wide range of issues including safety, legality of labor and is aimed at ensuring that Imperial Pacific is compliant with all key federal and CNMI laws.

Commissioner Joseph Reyes said that there had been in depth discussions between the commission and other agencies regarding issues related to the building, its compliance with U.S. Occupational Safety and Health Administration and other legal provisions. Guerrero highlighted that the commission chairman Juan Sablan as well as the executive director are authorized to greenlight the opening of the property on being satisfied that all conditions were met.

With regards to fire safety, the commission has said that Imperial Pacific must install a fully operational fire safety alarm system and have improved coverage of fire watch. It has asked the casino operator to enter into a formal agreement with the Department of Fire and Emergency Medical Services, verifying the presence of the fire safety system.

It has also asked for the appointment of either an independent safety consultant or full time safety officers to ensure that the property is fulfilling all federal and CNMI regulations.

With respect to labor, Imperial Pacific must provide written confirmation to the Office of the Governor and the casino commission that all employed on its Saipan site have appropriate work authorization. It must also ensure that its workers are in compliance with all laws regarding immigration, workers compensation and labor regulations.

Imperial Pacific must also ensure that the construction site and nearby locations are cleared of debris. A formal written indemnification agreement verifying the indemnity provisions listed in the conditional occupancy permit is also required. Another requirement is that all approved parking spaces should be identified clearly and made available suitably.

Documents to be submitted by the company include a 2016 audit report, the withholding tax return for past few quarters, and ownership structure plus operation and maintenance-related matters.