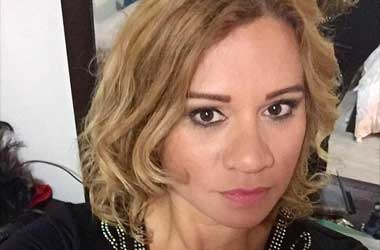 The majority of people who venture into a casino are aware that their odds of winning anything significant are extremely small irrespective of whether they are playing slots, poker, backgammon or blackjack.

Gamblers generally go ahead with those odds because they are willing to put their money on the line to see if they can beat those odds and win against the house.

Castillo and her mother were blown away and extremely excited at the prospect of becoming overnight millionaires with their $8.5 million win but were soon brought down to earth when casino officials approached them and stated that the $8.5 million jackpot could not be honored because the machine had malfunctioned.

Castillo spoke with a local news challenge to describe her rollercoaster emotional ride at the casino saying she entered the casino as a mortgage loan officer, played slot machine and believed she became an overnight multi-millionaire and left the casino as a someone who felt cheated and exploited by casino officials. Casino officials stated that she had only won $80 from the machine and paid her the same, so in the end she walked away with $20 out of pocket.

She was extremely emotional and felt that the casino officials had manipulated and exploited her by stating that the maximum payout she could have won at the particular slot machine was only $6,000. Casino officials extended an apology to her and offered her a free stay at the property, along with free play and dining options. Castillo wasn’t swayed by those offers and stated that she is going to consult with her attorneys to see if she can take the casino to court and prevent other customers from being exploited.

The casino released a statement which said the machine’s manufacturers Rocket Gaming Systems will conduct a detailed investigation into the glitch.

Rocket is in the process of conducting a forensic investigation to determine the cause of the display malfunction that occurred. Rocket has not yet been able to determine how the error occurred although it is absolutely clear that the gaming machine played by Ms. Castillo experienced a display malfunction: This machine offers a maximum jackpot of $20,000 if a maximum bet is placed on all lines.