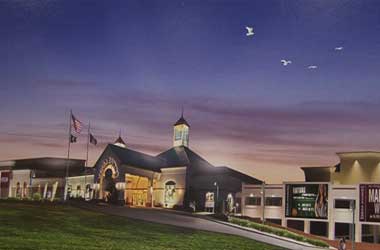 Tioga Downs, a standardbred track owned by Jeff Gural has been granted permission to set up table games and slot machines in the facility according to a proposal that was approved earlier this week by the New York State Gaming Commission.

The track currently offers video lottery terminals which are allowed in all horse tracks in the state.

Jeff Gural had already started construction last year for the development of casino facilities in anticipation of the license being granted. However, the casino cannot be opened until the Commission gives its final approval for the facilities which is expected to happen by November. Tioga Downs was opened in 1975 as a Quarter Horse track but closed within a few years due to financial difficulties. It was reopened in 2006 as a horse track with video lottery machines (VLTs).

A 2001 law allows racinos or racetrack casinos to offer VLTs. Full-fledged casinos with real slot machines and table games were allowed after a 2013 referendum approved the development of commercial casino properties in the state. The state constitution was subsequently amended to allow upto seven casinos over and above the existing nine racinos and six tribal casinos in the state.

Gural owns another horse track Vernon Downs in addition to Tioga Downs. He also owns the Meadowlands racetrack in northern region of neighbouring state New Jersey where Gural has plans to build a casino, should New Jersey voters vote in favour of a referendum this November to move casinos outside of Atlantic City.

The initial allotment of casino licenses in New York were held in 2014 but Gural could not win a license in that round. Three licenses were allotted back then, one each for properties located in the Albany area, the southern Catskill Mountains and near the New York Thruway between Syracuse and Rochester.

After residents and politicians of the Southern Tier region protested, Gov. Andrew Cuomo ran another round of casino license allotment which was won by Gural after he submitted a bigger project with significantly more investment from him.

According to the approved plan for Tioga Downs, the casino will have gaming space spread over 33,300 square foot featuring around 50 table games and 1,000 slot machines. In addition a hotel with 161 rooms, restaurants and an outdoor entertainment arena will also be developed.