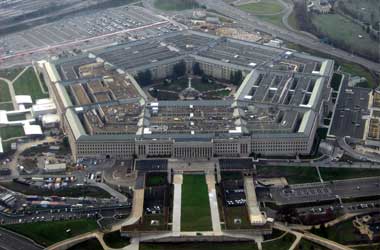 Casinos across the United States spend millions of dollars to create upscale entertainment and nightlife facilities at their premises. Some of the hottest clubs and adult entertainment spots in the country are located in these casinos and serve as a huge draw card to lure patrons into spending large amounts of money.

Based on reports released by the Pentagon during May 2015, this is exactly what happened to a number of Defense Department employees who were found to be regulator visitors to these casinos and adult entertainment spots. While it’s not wrong for a Defense Department employee to visit such spots, it is a serious violation when they used an official credit card to pay for their personal expenses.

The Pentagon investigation showed that this habit of visiting casinos and spending money on official credit cards had been stretched to the limit and the overall spending during a 12 month period by Defense Department employees amounted to $952,258 at casinos and an additional $96,576 at adult entertainment facilities.

On the 21st of September, the Pentagon’s Inspector General’s office released a memorandum which said

Our objective is to determine whether (Defense Department) cardholders who used government travel cards at casinos and adult entertainment establishments for personal use sought or received reimbursement for the charges.

The U.S. Defense Department has issued over 1.6 million credit cards to its employees which are meant to be used for official purposes. An audit conducted into the spending of card holders between 1st July 2013 and 30th June 2014 revealed that total transactions amounted to nearly $3.4 billion. The current process requires card holders to submit receipts in order for them to be reimbursed and if a receipt is not submitted then they are responsible for paying the bill.

The initial investigation by the Pentagon also revealed that the Department of Defence did not have a proper strategy in place to control its expenses. The report stated that if the Department of Defence had a procedure in place to identify establishments that were high risk such as casinos and adult entertainment spots it would help to identify when governmental credit cards were being used the wrong way.

Congress wants an investigation into the $1 million casino bill where Defense Department employees used their official cards and wants to know which employees submitted those bills and got reimbursed. Should an investigation be approved, then those employees who submitted bills for reimbursement could face serious consequences.