Rhode Island Gets Closer Towards A Referendum For A New Casino

HomeNewsRhode Island Gets Closer Towards A Referendum For A New Casino 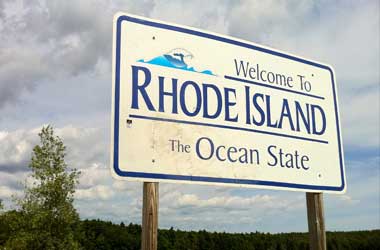 The Rhode Island General Assembly is scheduled to vote on a proposal that will allow the debate of building a new casino in the city of Tiverton to be put to the state’s voters in a referendum.

The casino project is expected to bring in at least $3 million each year to Tiverton which is a small town with around 16,000 people near the Massachusetts border. According to the proposal, the state will step in to cover any shortfall in gambling revenues from table games and video poker machines.

The construction of a new casino has been proposed by Twin River Management Group, a casino operator who runs the Newport Grand casino in the city of Newport. The company has proposed to construct the Tiverton casino and hotel complex to replace the Newport Grand casino after Newport voters rejected a proposal to expand its facilities in 2012. The company also operates Twin River Casino in Lincoln apart from casinos in Colorado and Mississippi.

According to State Sen. John Pagliarini, a Tiverton resident who co-sponsored the bill the casino will be a source of income for the state while having minimal impact on the residents of Tiverton. Pagliarini also maintains that the new casino will be less of an eyesore than the Newport casino as its site is well-situated and that it will bring in a significant amount of revenue.

The chairman of Twin River, John Taylor has stated that the tax revenues generated by the new casino would be at least $47 million and can reach upto $70 million in case no competition comes up in near the Massachusetts state border. The proposal will be approved only if it goes to ballot and wins a majority of votes both across the state and in the city of Tiverton.

The project does have some dissenters. Tiverton Town Councilman Brett Pelletier has raised concerns on its viability as a source of income in the face of increasing number of gambling establishments in the New England region. He also raised concerns about its impact on the society and the concerns of social ills such as problem gambling. Pelletier also mentioned that some residents were uncomfortable with the idea of such a large facility in their city.

In a statement, Brett Pelletier said,

It’s a black hole, and that’s by design. The design is not to energize the neighborhood. It’s to get everybody to your casino.