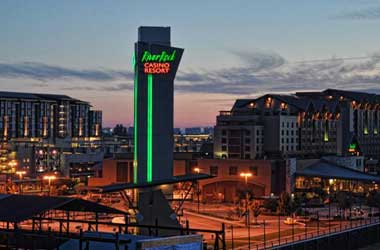 British Columbia's Attorney-General has flagged the River Rock Casino in Richmond over suspicions that money laundering was carried out in 2015.

Gaming officials were authorized to audit casino transactions for 2015 and their audit report had a number of red flags that confirms that the casino could have been used to wash large sums of money.

Casinos have always been on the radar for those looking to launder large sums of money. The pattern that emerged from River Rock was that VIP gamblers showed a tendency to walk in with stacks of $20 bills and buy casino chips for large amounts. They would then play at the casino and place bets on their favorite games before returning their chips, cashing out and walking away with fresh and clean $100 bills. This is a favorite way for money launderers to wash their dirty money.

Many of these individuals who claimed to be housewives would regularly bet over $50,000 in a single transaction and 87 percent of these transactions were red flagged. One student in particular caught the attention of the auditors as a total of $819,000 was wagered in 2015. Red River Casino has been under the hammer for not being vigilant and questioning their VIP customers regarding their source of funds.

For people who don't have any apparent source of income showing up and playing with large amounts of cash, it seems to me this should have been a red flag. It's incomprehensible to me why that didn't result in further investigative work, and attempts to ensure that people demonstrated where they got the money from.