Studio City Will Be Impacted By Macau’s Anti Corruption Crackdown

HomeNewsStudio City Will Be Impacted By Macau’s Anti Corruption Crackdown 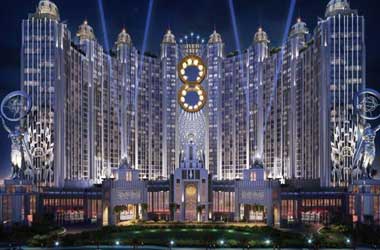 Melco Crown’s Studio City casino in Macau cost $3.2 billion and was expected to be a major hit on the Cotai strip when the proposal was approved by the Macau government.

James Packer and Lawerence Ho were confident at that time that the new casino would make a massive impact and build a strong base of VIP customers.

The casino which is expected to be launched before the end of this month will open its doors to a very different market scenario now as the anti-corruption crackdown launched by Beijing has changed the entire market outlook. High rollers and VIP gamblers no longer frequent Macau’s casinos as the anti-corruption crackdown has managed to scare them away and as a result Macau’s casinos have lost revenue consistently.

Studio City has already downgraded its hotel from a 5 star rating to a 4 star rating in an effort to attract more gamblers and bring in revenue. Macau’s government also confirmed recently that the casino would only be able to operate 250 gaming tables which was a huge drop as Melco Crown initially estimated to be given approval for 400 gaming tables. The government has approved 200 gaming tables to be operated in 2015 and the remaining 50 from 2016. This reduction in gaming tables is expected to reduce Studio’s City gaming revenue and its investors are very concerned about their return on investment.

Lawerence Ho and his team has done their best in preparing Studio City to work with the new initiative from Macau’s government and said that Studio City will concentrate on mass market gamblers and encourage promotions that are family friendly.

In a statement, Ho said

What has been going on with the Chinese economy, especially the anti-graft campaign, has made the VIP environment more challenging in the near term, as fear has been driven into the hearts of many of the middle-to-upper class. However, the gaming market, especially the mass-market segment, still has much potential for development. Melco has tailored its investments and market strategy towards attracting a diverse clientele from both gaming and non-gaming sectors. Diversification and innovation are paramount to overcoming the challenges and ensuring sustainable success in the city.