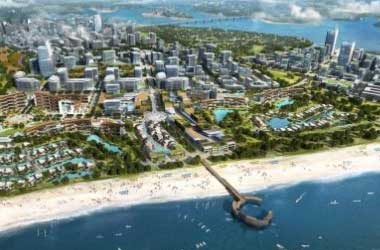 Hong Kong-listed junket operator Suncity Group Holdings Ltd has said that it will acquire a 34 percent stake in a Vietnamese casino property according to stock exchange filings made by the company.

The deal has been valued at HKD600 million (US$76.8 million) and the purchaser is a subsidiary of Suncity Group. The subsidiary is known as Goal Summit Ltd and its chairman is Macau junket investor Alvin Chau Cheok Wa. The selling company is Suncity International Holdings Ltd. which is owned by Chau.

Under the terms of the agreement, Goal Summit will acquire 50,000 shares in Star Admiral Ltd which will cover all of its share capital in addition to its liabilities and debt. Suncity Group Holdings is planning on issuing a promissory note and convertible bonds worth HKD303 million and HKD297 million respectively towards the principal amount.

The casino resort in question is being promoted by Hoi An South Development Ltd, a firm that is owned by Vietnam-based VinaCapital Group as well as a subsidiary of Hong Kong-based company Chow Tai Fook Enterprises Ltd.

Hoi An South Development has currently invested around $89.0 million towards the development of the property’s first phase. The project is expected to have seven phases with the first phase comprising a gaming facility that will have around 140 gaming tables plus over 1,000 slot machines. Additionally a golf course, a condo-hotel, luxurious hotel rooms and suites are being planned. Suncity Group Holding said that the first phase is likely to be completed by mid-2019.

The group is confident on the outlook [of] the tourism sector in Vietnam and believes there will be an increasing demand for resort facilities in popular tourist destinations [in] the country, including Quang Nam province, which has received almost a quarter of the country’s total number of foreign visitors in 2016

According to an earlier announcement, the investment opportunity was offered to Chau through Andrew Lo Kai Bong, an executive director with Suncity Group Holdings. Chau has agreed to pay Lo a certain percentage of realized profit at a later date for presenting him with the opportunity.

Lo said that the developer of the Hoi An project is likely to apply to the government to participate in the three-year pilot program under which Vietnamese casinos can allow local residents to play within their premises. Under a recently issued gaming decree, only those projects having a budget of over $2 billion will be considered for the trial program.