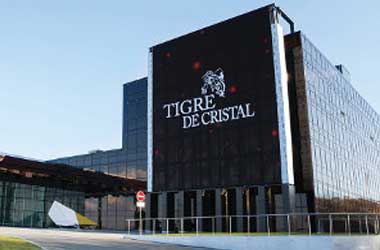 Much of the recent growth seen in the rolling chip turnover at the Tigre de Cristal casino resort located in the Russian Far East is due to the arrival of Macau-based junkets.

Summit Ascent Holdings director of corporate finance and strategy discussed the performance of the Tigre de Cristal casino during an interview. In a statement, Eric Landheer said,

It [the growth] is attributable to the continuing ramp up of the existing junkets we had at the property, as well as the signing of a couple of Macau-based junkets in late June.

According to Summit Ascent’s interim results report released in September, the monthly rolling chip turnover for the casino went up to a whopping HKD2.0 billion in July 2016 from HKD258 million (US$33.3 million) in November 2015, and reached HKD2.2 billion in August 2016.

The firm said that the sharp growth reaffirmed the notion that the Primorsky Krai Integrated Entertainment Zone, where the Tigre de Cristal casino is located, was an a great location as it gave the casino easy access to the Northeast Asian markets. Primorsky Krai Integrated Entertainment Zone is one of the three zones created by the Russian government for the casino industry. Primorsky is situated near the Pacific port of Vladivostok.

The first phase of the casino had a soft launch in October 2015 and a formal one in November 2015. Landheer stated that the casino’s hotel occupancy rate was currently at nearly 100 percent on most weekends. According to him, customers visiting Tigre de Cristal were those who had previously frequented other destinations like South Korea.

Landheer stated that the casino was offering junkets either a portion of the revenue or commission based on rolling chip. He added that junkets were not receiving credit from the casino, which he said was the major difference between Tigre de Cristal and other Asian casinos The Tigre de Cristal casino is currently the only casino in Primorsky Krai and is enjoying a monopoly over the region. Other casinos are expected to open their doors in the coming years.