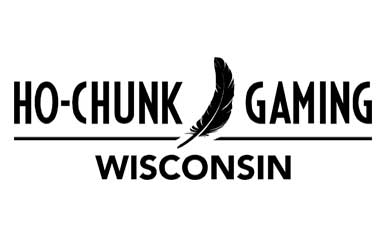 The ground breaking ceremony for three expansion projects being developed by Wisconsin-based tribal casino Ho-Chunk Gaming has concluded with the final one taking place last week.

Construction work at the three sites has now been commenced. Ho-Chunk Gaming is a casino located in Delton, Wisconsin, owned and operated by a Native American tribe the Ho-Chunk Nation of Wisconsin.

The $153 million expansion project comprises the upgrade of its hotel, the casino floor, dining and parking facilities. Construction is expected to finish by late 2017 but the casino will be operating at full capacity during the development work. Elliot Garvin a former Ho-Chunk Nation legislator and committee member who delivered the keynote address at the ceremony expressed optimism.

In a statement, Elliot Garvin said,

It’s been a long time coming. We’re going to be delving into a new adventure here. I see nothing but good things coming for our people.

The Nation’s Legislature gave its approval to a number of development projects in 2014 and the Ho-Chunk gaming expansion received the final green light from the administration in August.

The project to expand facilities at the casino had been under discussion for a long period of time. The initiative to expand the facilities gained momentum this year after decision makes decided that the program had significant potential for job creation. The casino authorities have launched a communication program called Ho-Chunk Forward which consists of a website and social media page to keep the nation’s citizens updated about the expansion project and gather their inputs.

The expansion will result in a 120-room hotel having a new entry, an expanded casino floor with 200 more slot machines, high roller gaming space, a new parking lot and a revamped buffet. The casino currently has around 38,000 square feet of casino gaming floor with 480 bingo seats, 600 slots as well as facilities for table games.

The casino’s executive manager Greg Garvin said that the property presently gets around 700,000 visitors annually, with the majority of visitors arriving from United States and three other countries.

The tribe’s gaming initiatives started in the 1970s, when the now-named Ho-Chunk Housing and Community Development Authority set aside land near a Highway for a potential development. A bingo-hall was established on the site when tribal gaming was legalized in 1980s. The facility was expanded to include class III games after they were approved. The gaming company now has operations across six locations in the US state including Black Falls, Madison, Wisconsin Dells, Tomah, Nekoosa and Wittenberg.