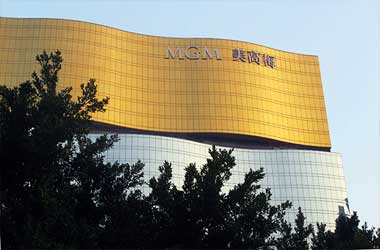 MGM China recorded a 25 percent drop during the first quarter of this year and the results prove that things are looking up for Macau’s casino industry and MGM China.

The company is experiencing a deepening of customer quality, with returning frequency of known customers.

In the second quarter, the company has recorded revenue of HK$3.5 billion ($451 million) and earnings before interest, taxes, depreciation and amortization of HK$3.5 billion ($451 million). Total sales was $2.27 billion a decline of 4.8 percent over last quarter while VIP gaming fell by 10 percent over previous quarter and 31 percent from a year earlier.

Market analysts have been suggesting that the casino market in Macau has stabilized with the drop in declining revenues. This is mostly due to the fact that there has been an increase in revenue from the mass market segment. The Macau industry has been suffering from declining revenue for over two years triggered by the anti-corruption campaign by the Chinese government.

James Murren, chief executive officer of parent company MGM Resorts International said that the recovery of VIP gaming market might take another three years. He said that there would be an increase in room availability as a result of the new casino openings which could result in discounts in room prices, but the most critical factor that remains to be seen is if betting by mass-market gamblers continues to increase in Macau.

This July the decline in betting in Macau was only 4.5 percent which was better than expected. Murren said that the internal view was that the casino industry had finally stabilized and was showing signs of improvement.